Skip to content
Controversy on the Table
lets talk about this
Urban Outfitters is a company that is no stranger to controversy, especially recently. The latest scandal that the hipster brand fell to was the release of a “vintage” Kent State sweatshirt with what looked like blood stains. For those who don’t know, Kent State was the location of one of the most infamous school shootings.

The company has since apologized and pulled the item from their site. Although, I was not alive at the time of the Kent State shooting, it is still a prevalent topic these days. Countless shootings and tragedies have occurred since and continue to happen.

The sweatshirt was supposed to look “vintage” but looked a bit more like a mockery of the tragic event. The company stated that the colors and stains were not altered in any way and that they were due to “wear” and “discoloration”. 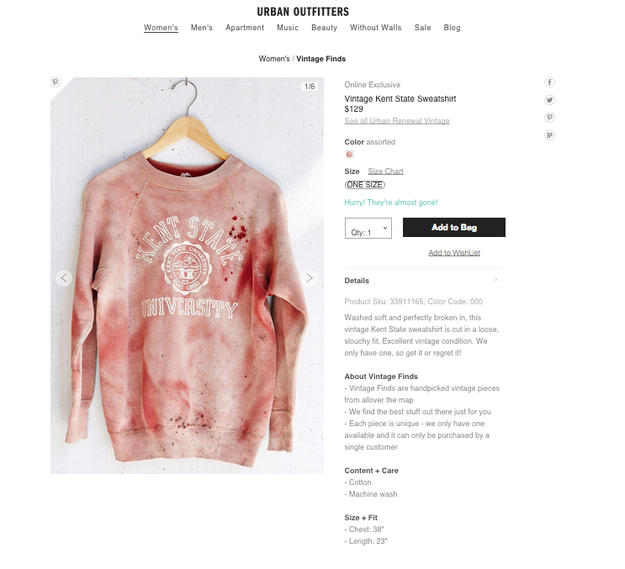 Urban Outfitters has really outdone themselves this time. You can find a list of twelve other controversial mishaps that the retailer has found itself in the midst of in an article on theweek.com. This list includes Urban Outfitters’ carelessness in regard to things like gay marriage, alcohol and drug abuse, and racial issues.

Although Urban Outfitters seems to always find themselves in trouble, they aren’t the only company under fire. Recently, Zara, the trendy women’s and men’s retailer, has found itself in a bit of a pickle as well. Zara released a shirt for children that strongly resembled the shirts that children wore in the holocaust. Additionally, American Apparel, a company that prides itself on doing good by not outsourcing, has been in hot water due to racy ads featuring photos that look up girls’ skirts. 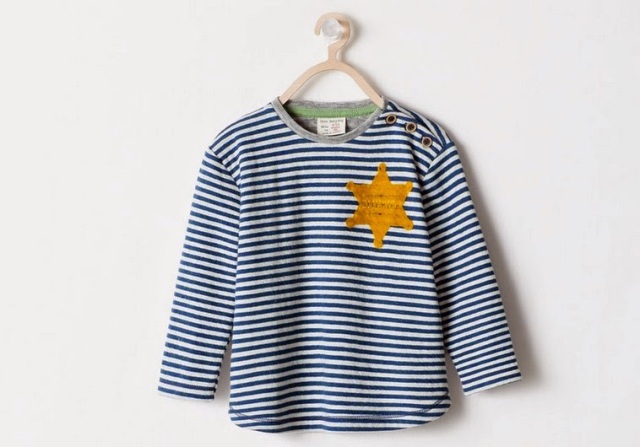 It seems that these days companies can’t help but dig their own graves. I have been a longtime fan and shopper at all of these retailers, however I can’t help but rethink my choices. I often wonder if there is anything that I would compromise for fashion, but other than my own comfort, I can’t give up what I believe in. I am going to be blatantly honest and say that I ignored Urban Outfitters’ ignorance regarding gay marriage because it wasn’t the company, it was the CEO, but now I cannot ignore it.

I will continue to shop at Zara and American Apparel, because yeah, they did make a mistake, but I’ll let this one slide. As for Urban Outfitters, I can’t say the same. I was a loyal customer at Urban Outfitters which included paying ridiculous prices and weeding through a thrown together sale section. Urban Outfitters has done one too many controversial publicity stunts to retain my loyalty. Sure, I may purchase from them every once in a while, but I don’t think I will hit their store every time I go to the mall.

Pouring money into a company that has blatant disregard for what is morally correct is somewhat difficult to stand by. The fashion industry has weathered through many controversial storms, however this incident with Urban Outfitters really rubbed me the wrong way. Making a mockery of an American tragedy is nothing to take lightly, and it certainly should not be used as a way to gain publicity for your already popular and overpriced company.

Fashion makes people do crazy things, but don’t let it make you abandon your morals.

What do you think of these controversies? Let me know in the comments.